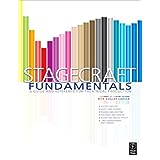 Stagecraft Fundamentals: A Guide and Reference for Theatrical Production – It’s a textbook, it seems. But one of the most untextbookily written textbooks I’ve ever read. Is it the topic area? As in, you get a lot more creative types in the theater department than the history department, so theater textbooks are better written/more fun to read than history textbooks? Hmmm.

That said, I still just gave this quite a bit of skim. It’s quite comprehensive, which is why I picked it to start with for my quarterly learning topic. But way more comprehensive than I really wanted or needed. Costumes are interesting, makeup not. But really, I’m more interested in the stage/production management part of things, which had just a tiny part between the history of the stage and the in-depth discussions of various jobs and roles. Still, I have a much better understanding of the various roles involved in a stage production and how they work together. 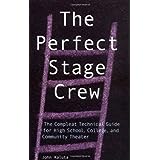 The Perfect Stage Crew: The Compleat Technical Guide for High School, College, and Community Theater – Dumbed down version of the previous book. Meant for someone with no clue and not a lot of time to get a clue. He tries to not write in a dry fashion, but it wasn’t nearly as interesting as the above. (Side note: I never knew there was something called theater tech until they talked about it on Victorious once. That’s a class I wish I had taken, for sure. Finding it just not as interesting to read about. I think it’s probably the kind of thing best learned hands on.) 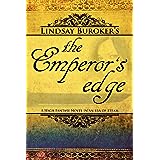 The Emperor’s Edge – Still free for Kindle and I definitely recommend reading this one. First in a series (the others aren’t free, though) that sets up this kind of Robin Hood-ish band that calls themselves The Emperor’s Edge. Well, at the end of the book they call themselves that. Like I said, this book is the one that brings the characters together and sets the framework for what they do and why they’re needed. Great characters, although I did wish for more explanation of the political situation and the magic involved. Oh – and a map. Definite downside to reading books on the Kindle is it is so danged difficult to flip to the front to look at a map or list of characters, which no good complex fantasy story should be without. 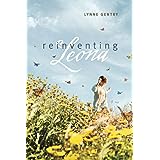 Reinventing Leona – Yet another book with a death in it. I know this is a major life change that works as a good plot point, but it’s still really tough for me to handle. This is a Christian fiction book, pretty well written, nice core characters dealing with realistic internal and external issues. That said, most of the characters were way to true to life for me. Just reminders of how incredibly sucky Christians can be at times, especially in how we treat each other. Not to mention the horrible standards church folk hold their leaders up to, which gives you performance-oriented kids who fake their way through life. (Ask me how I know. 🙂 Still, a lot of that was what made the pastor’s family so real to me, and in a lot of ways, the good guys showing true loving-kindness won in the end. 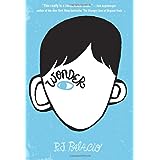 Wonder – Loved, loved, loved this one. The entire book is told in first person, although the person in question changes as we move through the school year with the different voices being used to great effect by the author. We have a kid who’s been homeschooled his whole life because of a massive facial deformity about to enter a real school for the first time, two friends he makes there, his protective sister about to enter high school, her (former) best friend who’s been around since the kid was born and a boy friend just coming into the picture taking turns telling the story of August Pullman’s first year at school. It’s wonderfully told, nothing fake about it and a great discussion piece. It’s a book for kids, but well worth a read for adults as well. 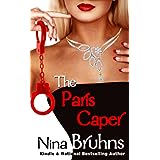 The Paris Caper – Huh. They changed the title of this since I downloaded it. Was The French Detective’s Woman. I think I like the new title better. Possibly a wee bit too much sex focus for me, but really pretty good. Interesting characters with some pretty deep backstories that totally shaped who they are now. I could so see this one as a movie. French detective meets and falls for girl, who is the cat burglar he’s been hunting. He’s smart, she’s smarter (at times) and they play a cat and mouse game the entire time because neither can trust the other one since they’re on different teams. Bit of an Ocean’s Eleven vibe at times, although this thief has a real heart of gold. 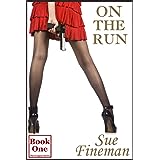 On the Run (The Gregory Series – Book 1) – Romantic thriller again. First in a series, the kind that revolves around a family – typically three or four brothers and one sister – with each book basically the romantic thriller that leads them to their eternal love. In this one, we have girl on the run from a drug dealer trying to kill her, former DEA agent in love with her trying to find and protect her. They meet up at the beginning and go on the run together, but there’s a real trust issue on her side (and occasional cluelessness on his), not to mention the entire mystery of why someone wants her dead in the first place. Lots of nice twists and turns. Good beach read for sure. 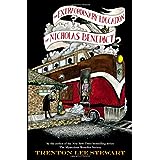 The Extraordinary Education of Nicholas Benedict – Have been waiting for another Benedict Society book! This one takes us back to when Benedict was a kid himself, moving into yet another orphanage. Lots of references to things we’ve learned about him in the first three books. He has a bit of a Sherlock Holmes bent to him – observing, processing and concluding far faster than the rest of us. Not to mention, a bit of that Aspberger’s that I swear Holmes shows. In this case, though, I think Benedict is just lacking in time with people rather than any real inability to relate to people. But that’s part of his growth story here as he tries to find the treasure supposedly hidden at the orphanage with the help of his first two friends ever.

Started and gave up:
Pirates of Savannah: The Hunt for Shamus’s Booty – Kids book that I couldn’t handle past the first few pages. Reads like I wrote it. And I don’t do fiction well.
Parallel Worlds – Not even available anymore. Odd. But probably just as well. Got through the first couple of chapters, at which point she had pretty much left the actual story for a bunch of pseudo-science about the concept of parallel worlds and multiples lives and gaaa. The first chapter had promise, but if you don’t stick with your characters and tell their story, it starts to deflate.