Not a lot this month since many of these were pretty chunky. But they’re all from the challenge, knocking off quite a few more as we close in on the year. 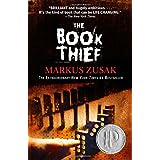 *The Book Thief – This is one of those really hot books of the past couple years and I wasn’t quite sure I was going to like it when I got started. Was coming off as just a little too strange and “daring” for me as we got going. But I like strange generally so I kept going. And I’m glad I did. this was truly a good book. Good. Not great. Not for everyone. But really worth reading.

The title is just odd to me, although it’s explained through the story. But it’s not exactly a clue to what you’re going to be reading. Still, it takes one semi-normal facet of this girl’s life to tell the story of World War II Germany, the story of normal Germans just trying to survive through the event. Too often, books around that period are about the camps or about the German leaders. 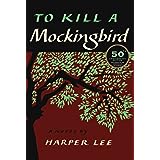 *To Kill a Mockingbird – I loved this movie, which meant I was wary about the book. Ha! Not to mention, it’s an old book and I’m finding myself less and less patient with older writing styles. But … just as good. Actually, better since the book can give us a broader and more compelling story than a movie can. The book is more broadly about attitudes and change within small-town South with the legal stuff as just background for most of it. Scout’s perspective is hilarious at times (and I totally get it having been a serious tomboy myself) and quite wise for such a young child. Definitely not something to cringe at on a required reading list. 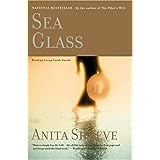 *Sea Glass: A Novel – I almost gave up on this one. And I’m still rather ambivalent about it. It’s the story behind (beside? somewhere around?) a strike at a fabric mill in the northeast. The problem at the start was too many threads and too many characters and too many perspectives. It took quite a while for her to bring them together into one story. The stock market crashes and the Depression hits about mid-way through the book, making the upcoming strike just that much more critical. And ill-advised. Because the strike ends up causing the mills to collapse altogether, leaving everyone without jobs. It’s the kind of book with lots of symbolism and points for discussion in literature class, but not much by way of entertainment value. 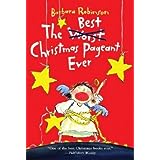 *The Best Christmas Pageant Ever – Book for kids around 8, maybe? And I loved it. It’s only about 80 pages, so I had it done in just over an hour, including stops to think. The traditional Christmas pageant at the local church is turned on its ear when the neighborhood hooligans start coming to church and manage to take all the lead parts. We’re talking real rascals here who have a vague idea who Jesus is and had never heard the Christmas story. Their questions and perspective provide a great antidote to the typical church view of Christmas. Really a good read and poke in the side. 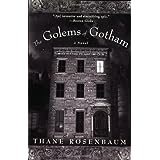 *The Golems of Gotham: A Novel – Let me say right off that I liked this one. The title is exactly the kind of thing I’m drawn to pick up off the shelf. But, I’m not sure that I loved it at all. First, each chapter was told from a different perspective, but he never tells us who, so you’re kind of lost for a couple of paragraphs until you figure it out. It gets easier once you get farther in and actually have a handle on everyone, but still rather distracting. Second, I’m not entirely sure I quite got the point Rosenbaum was trying to make. (Even his main character was having a little trouble – Never again or never forget?) The story was compelling at times, preachy at others, flat-out aimless in others. If you’re into Holocaust-oriented books, you’ll want to make sure you read this one. (It’s not specifically about the Holocaust, but survivors and the impact over the generations.)

*My Invented Country : A Memoir and *Tender Is the Night – Couldn’t read them. The first is meandering and aimless and I just don’t care about this author’s various childhood memories and stories. Decided it wasn’t worth continuing on after about 100 pages.

And Tender? I should have known better than to have picked it. I hated Gatsby with a passion and you know, this one just repeats all the reasons I hated Gatsby. Figured that out after about 30 pages and never again. (For the record, I find Fitzgerald’s characters shallow and unredeemable and at times truly vile and I refuse to consider their stories worth reading.)