On the whole, a good month of reading. Again, only books from the challenge list as I try to wrap that up, but I liked them more than I didn’t, so whee. Big improvement. 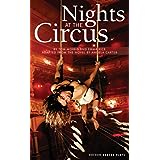 * Nights at the Circus – Did you watch Big Fish? Did you like it? In some ways, this story feels like that. Except when you take a step back, it’s a bit less – ok a lot less – fantastical than it starts out. We have a little bit of “magic”, which goes completely unexplained and unused at the times you’d think it would matter. Still, it was an interesting read, odd characters galore, global settings. But just not going to rave. Enjoyed it, but not excessively. 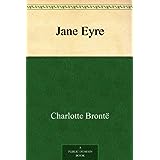 * Jane Eyre – Oh. Sure sign of the deficiencies of my education that I never had to read this. And I actually enjoyed it. (Thank heavens.) I was afraid it was going to be a slog, but the writing is actually quite accessible for us modern readers. (Coincidentally, my niece watched the movie version around the same time and was raving. And feels she’s been ruined forever by Bronte because – let’s face it – what man talks that passionately to a woman anymore.) Toward the end, we started having a bit more archaic and difficult to parse language, not to mention some incomprehensible motivations by some of the players. Not to mention, I never could figure out just what Jane saw in the guy. Still, love prevails in the end, and that’s all we really want, right? (Link goes to free Kindle version I read.) 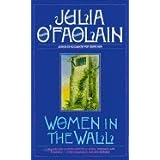 * Women in the Wall – Had to stop. Just couldn’t do it. The women in the walls? They’re nuns who have walled themselves up into closet-sized spaces in the walls of the convent. Yep. That I could deal with. Especially since the description of this Middle Ages tale had me thinking it was going to be an interesting piece of historical fiction. But the constant switching of first-person narrative without any clue as to whom we were hearing from along with rambling philosophical rants on the nature of sin and so forth – annoying, tedious and far from entertaining. 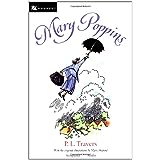 * Mary Poppins – Yes, it was a book long before it was a movie. (Just saying, since I didn’t realize that until well into adulthood.) And … well, this isn’t the movie version. Mary isn’t a sweet and cuddly kind of nanny in the stories. And the stories are just that, stories. Each chapter – if you can label them that – is it’s own stand-alone story. Nice for bedtime-reading to kids, but rather disjointed when read as a book straight through. Still, glad to have experienced this classic. 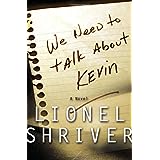 * We Need To Talk About Kevin – Oh my. I picked this based on the title since my husband’s name is Kevin. Had no idea just what the story was about. Let me just say, it’s an extremely well-done book, but the story isn’t one for everyone. Told from the viewpoint of Kevin’s mom, writing letters to her husband about Kevin. Who killed a group of his classmates and a teacher and is serving time for it. She starts back when Kevin was a child, examining all the things that could have been different as well as talking about what’s happening now. I have no clue how they’re doing it, but it’s coming out as a movie early next year. Solid read, but again, not a story for everyone. 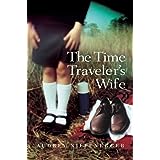 * The Time Traveler’s Wife – Sigh. In a good way. I was a little leary about this one given it was made into a movie a couple of years ago. Figured it was going to be some weak and fluffy piece of work. But absolutely not. Loved it. Strong characters, heart-string tugging, dramatic twists – they’re all there. And she deals nicely with the whole time travel part of it, given that it could have become highly confusing. Highly. Strongly recommend this one.