Dah dum!!! I actually read all the books I had picked off the list. Yea me! Took some scrambling at the end trying to find a few, but I got them all and got them read. So ready to go back to just randomly reading for entertainment. Having a prescribed list has been harder than I expected. 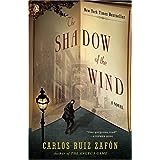 The Shadow of the Wind – Spain in the 1950s, and Daniel has just discovered a book called The Shadow of the Wind hiding among the stacks at the book cemetery. Turns out the book comes with a story of its own – author mysteriously dead, guy burning all copies of the books he can find. Daniel does more than just lose himself in this book as he attempts to uncover the real story of the author and the identity of the mystery burning man. It’s a compelling story, rather gothic at times, with a few memorable characters and quite a few twists and turns. A straight and directly told story it is not. Enjoyed it though. 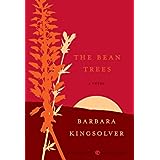 The Bean Trees: A Novel (P.S.) – It’s been a while since I read anything by Kingsolver, whom I tend to associate with books related to Native American characters. Which we kind of get, but really, our main characters here are transplants from Kentucky to Arizona. The main character gets an indian baby dropped in her lap (almost literally) as she goes through Oklahoma on her way west, a child she didn’t expect or want but ends up loving and fighting to keep. A really nice story that I’m surprised hasn’t been made into a movie yet given the way it highlights our many broken systems. 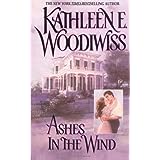 Ashes in the Wind – Bah. A pedantic romance couched as historical fiction. And way, way, way too many threads going on here. It’s like she tried to squish a trilogy into one book, forcing us past obvious stopping points and on to yet another story branch. And with only minor nods to history along the way. Telling me where the rebel troops are at any point in time when it’s unrelated to our story doesn’t make for historical fiction. You get nothing much more than the fact rebels and Yankees don’t like each other (duh) by way of historical context. Anywhoo, I liked the two main characters and thought they deserved a far better story to be involved in. 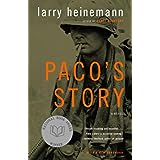 Paco’s Story: A Novel – It was short. That was good. Because the title might be Paco’s Story, but we spent a lot of time not with Paco. In fact, I’m not entirely sure I can tell you much about Paco. He’s a Vietnam vet who was the only surviving member of an explosion that took out an entire company. And it was a miracle he survived the blast, not to mention the time it took for help to arrive and medical treatments later. But we didn’t see enough of Paco before the tragedy to understand how it changed him, really. Not deeply anyway. He wasn’t anti-social before, but he was hardly some gregarious life-of-the-party type who becomes anti-social. I don’t know. I get what the author was trying to do, but I’m not entirely sure we got there. Then again, I’m kind of the choir on some of the points he was trying to make, so that might be why I was left a bit unsatisfied. 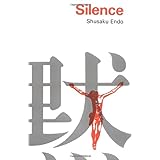 Silence – It took me a while to figure out the title to this one, but we’re talking here about several different kinds of silence. It’s back in the 1600s, during the time when the Japanese kicked all the missionaries and foreigners out of the country. Not that it stops missionaries from going. The main character is one such, coming to bring succor to the Christians on the islands and search for a former teacher from the seminary who has reportedly repudiated his faith. It’s a time of torture and martyrdom and blind (and sometimes misplaced) faith. The silence of the title is mostly the missionary’s perception of God’s silence as his people suffer, but we also see the consequences of silence rather than repudiation as well as the need for silence about your faith in order to avoid the wrath of the government. An interesting look at a period of time often overlooked in books. And an interesting point to ponder about the lengths people will go to for faith, even if it’s faith in the wrong thing or in a misunderstood concept at best. 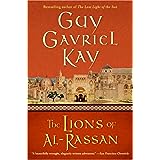 The Lions of al-Rassan – Took a while to track this one down and in the course of doing so, I realized I had read another book by this author. One I really enjoyed, so I was looking forward to reading this one. And while it has its weak points, it fits into my love of long epic books with complicated politics and conflicted characters. (If frequently a smidge past believable.) Not quite sure if you could classify it as fantasy, given that there is not magic or non-humans involved, but it’s along those lines. Maybe more of a historical fantasy fiction. Kind of. Anyway, it’s basically the Iberian peninsula with warring factions frequently based on religious differences and men trying to grab and maintain power. (They’re the lions.) We have one group kind of like Muslims, one group kind of like Jews and one group kind of like Christians. And we have our zealots and fanatics and so forth. Surprise, the church is sending out a crusade. Oh, look at that, the desert warriors want to die in battle. And so forth. Very recognizable elements. Still, some interesting characters here all driving to that “can’t we all just get along” point. Battles, intrigues, ethical challenges to boot. 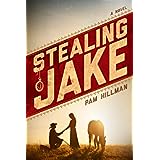 Stealing Jake – I got this for free for the Kindle ages ago and just discovered it’s only available as an ebook. Huh. Anyway, we’re in 1800s Illinois, starting in Chicago although most of the action takes place in the small town of Chestnut. Seems someone is shanghaiing street kids from Chicago, buying them off of the police officers arresting them for theft and shipping them (Literally. As in boxes.) off to Chestnut. In which town, we have Livvy, a former street kid now helping run an orphanage, and Jake, a former coal miner trying to save the farm by working as a policeman. A string of robberies are blamed on a gang of street kids, whom Livvy defends to Jake. In the course of uncovering the real culprits, they also uncover just what happened to the kids from Chicago and much danger and such ensues. Oh, and of course, Livvy and Jake fall in love. Really, it was an entertaining little story. Backgrounds unfold very slowly, like she couldn’t give you more than one piece of information a chapter. But overall, a nice read. 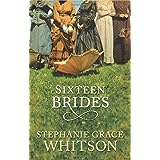 Sixteen Brides – Another free Kindle book, which I had downloaded so long ago, I had no idea just what it was. Seems we have 16 women, heading west on a train expecting to lay claim to their own homesteads. Only, they’ve been a little misled. OK, a lot misled. A few of them figure it out and refuse to continue on, choosing instead to just stay where they are in Plum Grove, Nebraska. From there, we have a prairie frontier story of determination and drive and of course, ensuing romances. Which threw a huge kink into plans that got completely ignored but bugged me. Anyway. I’ve always loved stories like Westward the Women (which I could swear I’ve seen on DVD, but maybe not). I find the guts and will and determination required of women heading west to be amazing, especially those going with little more resource than their own two hands and brains. 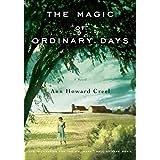 The Magic of Ordinary Days: A Novel – Good grief, this one was hard to find. In book form at least. The movie was everywhere. A nice story set during the 40s in Colorado as WWII rages in Europe and the Pacific. We’ve got a woman in trouble thanks to a soldier now shipped off, a naive farmer willing to marry her, Japanese interns at a nearby camp who come to work the farm and German POWs right down the road. Nice look at how people choose to handle life when it doesn’t take the path you planned and what love can mean when you choose it. 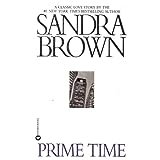 Prime Time – Ugh. Old Sandra Brown romance. If you can call it romance. Just silly premise, unbelievable actions, manufactured conflict. Given no reason for these two to fall for each other or any reason to care. Left over from my mom’s collection and just a disappointing waste of time. Sigh.