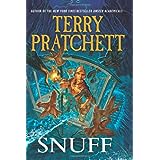 Snuff: A Novel of Discworld (Discworld Novels) – God bless Terry Pratchett. I can always count on him to entertain me wildly. And the Inspector Vimes are always my favorites, although Ventari is starting to rub off on him just a bit. Still, lovely romp out in the country this time as Vimes is actually supposed to be on vacation. But work follows him or rather he stumbles upon it wherever he goes. Just no getting around it sometimes. And he is once again accidentally labeled a hero for just doing his job. Not as many footnotes as I’m used to seeing with him, though. And I love me some footnotes. 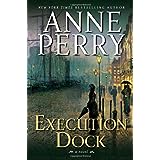 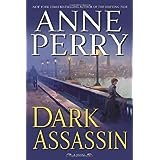 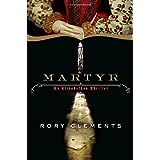 Martyr: A Novel of Tudor Intrigue – Random pick-up as I saw the second book in this series on the new book shelf. We’ve got Elizabeth on the throne and are following the exploits of Shakespeare. Not that one. (Although, we do discover they are related.) No, we’re with Robert Shakespeare, who works as an agent for Wollsingham and we’re trying to solve a murder, track down some Jesuits and protect Drake from a Spanish assassin. He’s definitely got his hands full. Enjoyed it and looking forward to the next one in the series. 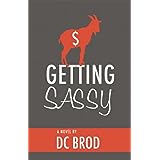 Getting Sassy – Got this as a free Kindle promotion and it was really a pleasant surprise. Interesting story, interesting characters, only a tiny bit predictable. Robyn Gutherie is a freelance writer with a desperate need for money and a lot of it if she’s going to be able to keep taking care of her mother the way she wants to. Enter her accountant with a supposedly shady past, a temperamental race horse and a low life not above killing for a payday and let the hijinks begin. Oh, and don’t forget Sassy. He’s a goat. And they’re out to get him. 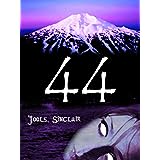 44 – Still free for the Kindle and it has some good elements to it. A bit of a “I see dead people” kind of a deal (oops. surprise!) and pretty well told. Just turned out to not really be my cup of tea. Might be yours though. Or maybe your teen. Definitely targeted to the teen audience, which might mean they would like it  more than I did. Already have a book two and three in the series out. 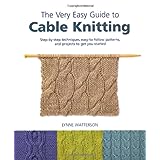 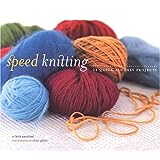 The Very Easy Guide to Cable Knitting: Step-by-Step Techniques, Easy-to-Follow Patterns, and Projects to Get You Started and Speed Knitting: 24 Quick and Easy Projects – Two more knitting books. I think it’s time to move on to a new topic for my quarterly learning. And I can’t decide! Anyway, lots of cool stuff in the cable book, which is probably the next thing I’d like to tackle. Need to finish the projects I have going at the moment, however. Then I can consider another project. And one of those sweaters is out of the second book. (Which means I have two knitting projects going at once. That’s not nearly as efficient as it is in quilting.) The sweater I’m doing is really the only project I liked in the book, though. We’ll see how much I still like it when it’s done. Still, great pictures and some simple items to make.