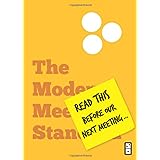 Read This Before Our Next Meeting – My friend Al has a book! Go, Al! I actually was on the pre-release list (so the book was sent to me free in hopes of a review) and had it read by the day it came out. In reality, I had it read in about 45 minutes. It’s that short. It’s practical advice toward changing the meeting culture of companies. You know what I mean. How much time have you wasted in meetings that were useless? Yowsers. I wish I had had this book years ago back when I was in a company. I recommended it to several friends during the first week when it came out and the Kindle version was free. Hearing great things back from them about how they’re using it and improving their meetings. So yeah! Quick read, practical solutions, ignore the typos. 🙂 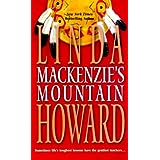 Mackenzie series – I checked this out from the library for our CO trip and read these all in the Overdrive app on my phone. (Which was awesome.) There were five books in the one I checked out; this package only has four. The stories were good and I loved the Mackenzie men (they were so darned perfect!) but the basic structure/scenario of the story was always the same. Experienced and emotionally unavailable guy gets into life-threatening situation with socially inept but beautiful woman in her late 20s who (gasp) happens to still be a virgin. (Despite being beautiful and having a great personality.) You get the picture. (And don’t bug me by asking why I read all of them. Took me a day, OK?) 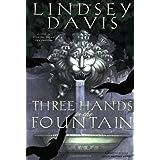 Three Hands in the Fountain – Back to Rome we go and one of my favorite characters – Falco. Body parts are showing up in the water fountains (can we say ugh?) and Falco just can’t stand not knowing what’s going on. In this one, he’s taken on a partner by accident and a senator by edict. Not to mention several trips out of town, new baby he’d rather be playing with and some run-ins with the in-laws. Had a nice time back in the time of Trajan. 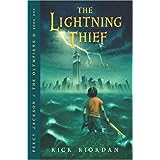 The Lightning Thief – This one’s been on my list for a long time. So excited I could check it out on my phone. (Did I mention being able to access library books via an app is the best thing ever?) And then … sadly disappointed in the book. We can start with the fact that I had to go Google who the 12 gods were and end with the fact that I was frankly kind of bored. I can see where kids this book is really written for would love it, but me, not so much. Dang. Thought for sure I was going to be on to another obsession here. 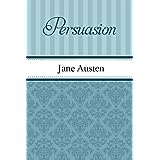 * Persuasion – Hooray for free Kindle versions! This is on my challenge list and I wasn’t looking forward to reading it. But it wasn’t bad. It just wasn’t fabulous, either. I’d find the polar opposites in the family laughable if I didn’t know my sister. The story just never seemed to go much of anywhere. And ended oddly. And made its point awkwardly. It just didn’t have the bated breath “will they get together” that others of Austen books have. Only recommended if you need to read for a class or just want to cover the entire Austen catalog. 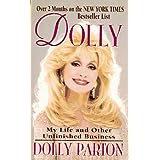 Dolly: My Life and Other Unfinished Business – Somewhere, this got recommended to me as an inspirational business story. I bought the recommendation in that I went immediately to the library page to place a request. But I can’t remember who recommended it. It so reads like Dolly’s talking to you, which is good and yet bad. Because we just can’t seem to get straight through the story. There’s lots of rabbit trails and so forth. And while she is inspiring, it wasn’t exactly what I was looking for in reading about kick-butt women in the business world. Skimmed way, way, way lots of this one. 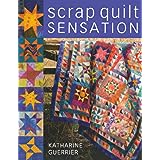 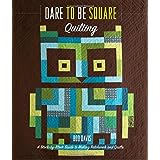 Scrap Quilt Sensation and Dare to Be Square Quilting – Grabbed these two while browsing through the crafting section at the library. The first adds little to nothing to the world of scrap quilting. Totally the opinion of someone really into scrap quilts who happens to have or have read at least 50 books on the subject. If you’ve never done anything else in scrap quilts, it’s a fine place to start; it just wasn’t a wow if you’re already into them.

The second one though, I really liked and am jonesing to try a few patterns out of here. I hate triangles, so the idea of just using squares appeals to me, along with the modern designs. (Because I don’t already have more than 1000 patterns in my collection. Gotta have a few more!) 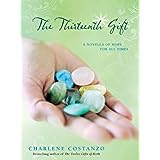 The Thirteenth Gift – I got this one free during a limited time Kindle promotion. Stocking up before a trip. It’s short (description calls it a novella, which I missed) and one of those parable type stories ala The Noticer. Which I have only ever liked with Patrick Lencioni’s books. So no, I didn’t like this one. That’s all I can say. Sorry. 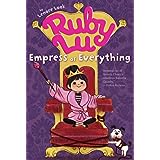 Ruby Lu, Empress of Everything – This is far less obnoxious than the title makes it sound, actually. Ruby Lu is a little Chinese girl and in this book (second of the series) her cousin and family immigrate to the US. Ruby gets to be her cousin’s “smile buddy” at school and the adjustment to having more people in the house is kind of tough. Not to mention, her cousin is deaf, which opens up a few other worm cans. The title comes from a silly game they play at one point in the book and not from Ruby Lu being a brat. (Thank goodness.) It’s actually a cute story geared toward 2nd-3rd grade level that opens a conversation on dealing with people who are different (which doesn’t mean they’re dumb).