Behind, behind, behind. Started a whole heap of new projects at the same time and trying to diversify my online holdings and … . Well, you get the picture. 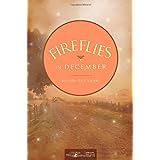 Fireflies in December – Meh. Wasn’t bad, just wasn’t all that great either. Got it as a free Kindle download and it had its moments, just not enough of them. Bit of a coming of age tale during the time when being friends with colored folk was considered bad and the Klan was considered good as told from the eyes of a very perplexed young girl. Much like other stories, she just doesn’t get why some adults think blacks are a lower species and geez, can’t we just all get along? 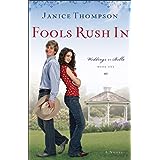 Fools Rush In – Another free download and looks like book one in a series. Again, had its moments but also had characters acting out of character and a few glaring plot holes. Christian romance, so quite innocent love, but typical girl with hyper-insecurities with too-good-to-be-true boy. I liked him, but her hang-ups did start to get old after a while. Way too many story threads for any to really be fleshed out as well as they could have been.

Ready Player One – Oh, oh, oh, oh. You have to read this one. Totally heaven for geeks and kids of the 80s. Whether they actually lived in the 80s or not. We have an Easter egg hunt within a virtual world with a Willie Wonka vibe. Add to that a kind of tri-wizard tournament competition and you have got one great story. Basically, find the keys that open the gates, complete the tasks to get to the end and you win the guy’s entire fortune. Fortune. Think bigger than Bill Gates and Warren Buffet combined fortune. So of course, there are nefarious dealings, attempts to cheat and co-opt the game and plucky underdogs who get lucky but mostly win by persistence. And because the world would be a sucky place if the bad guys won. Throughly enjoyed it. 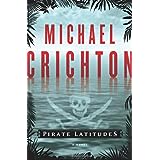 Pirate Latitudes: A Novel – Not as great as I was hoping for. Sigh. Last book by Michael Crichton; they found the manuscript in a folder after he died. And apparently someone was either too sad at his death or too sensitive to it to actually edit this that well. The story had some good plot points and potential, but our main character needed more fleshing out for me to actually care much about him. We jumped from crazy plot point to crazy plot point without a whole lot to tie it together much. And then it was just … over. Definitely not his best work. (Still, way better than Congo. Not that it takes much to do that, but still.) 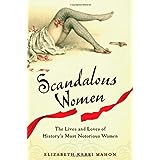 Scandalous Women: The Lives and Loves of History’s Most Notorious Women – Read the first section, then started scanning quite a bit. I like scandalous women who are breaking the mold and kicking butt. Not so much the ones that are breaking societal rules just because they can. So I kind of lost interest when we start talking about women who were scandalous for being the king’s mistress as opposed to those who were scandalous for leading an army. And thank goodness, the names you’re familiar with are in the later camp and the others are just sort of footnotes in history. 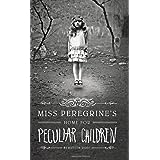 Miss Peregrine’s Home for Peculiar Children – You know me. You think I could resist a book with a title like that? Targeted at older kids, this was a fairly good read, one that seems likely to have come about as a story explaining weird old photographs. In this case, peculiar children are ones that have rather unusual traits – think side-show at the circus style – who are being hunted down by other rather peculiar creatures. Add in a child who didn’t know his grandfather was a peculiar, a dash of romance and a time loop and you start to get a rather crazy story. It felt like it ended before the story did, which was either abrupt editing or setting it up for further adventures. We shall see. 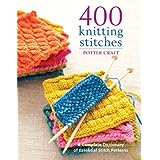 Apparently knitting is my first quarter topic, which makes sense since I was working on a goal of knitting one useful thing this year. (I’m up to four, but that’s another post.) So I’ve been browsing and reading a lot of knitting books. Some of it’s reading, some of it is drooling over gorgeous patterns that I hope to be able to do here eventually. Which explains the long list I have going so far.