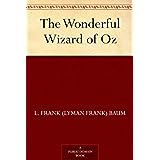 The Wonderful Wizard of Oz – Did you know this was a book? I didn’t until a few years ago when I saw it on my best friend’s shelf. It’s an entire series, actually. Frank Baum made a lot of trips to Oz. Which left me intrigued as to just what was in the books. I already knew the shoes in the books are silver, but there are quite a few other differences as well, some of which actually made parts of Wicked make more sense. (The book. The musical is a bit more attuned to the movie.) Anyway, enjoyed it but not enough to start reading the rest of the series. (Hooray for free Kindle books!!) 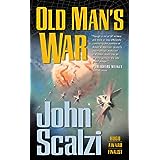 Old Man’s War – A friend in my chorus loaned this to me last year. Then asked me every week if I had read it yet. 🙂 Since I was working through the end of my reading list, I didn’t have time until this month. And glad she recommended it. Been a long time since I read a decent science fiction story. Nothing overly amazing about this one, but it was really pretty good. Nice story, loved the characters, can’t believe no one’s made it into a movie. And definitely moving on to read the next one in the series. 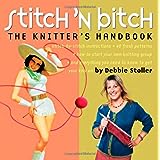 Stitch ‘N Bitch: The Knitter’s Handbook – So I wanted to learn to knit. And how do we learn? We read!! Usually, I read several books on a subject, then kind of go from there on my own with my collected knowledge. But from past experience, I knew that wasn’t the right course for this. So I picked up this book used and have been working my way through her directions. It’s clear and helpful and a bit irreverent. So far so good, at least after my first practice piece. I’m almost done with a scarf now and eager to move on to new projects and other books. 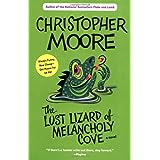 The Lust Lizard of Melancholy Cove – My sister-in-law loaned me this one after one of the many conversations going on about books. It’s quirky, a bit strange and probably closer to real life for precisely those reasons than most stories are. Oh, except for the godzilla/dragon/lizard that plays a huge role in the whole weirdness of the story. If you like Tom Robbins and his weirdness, this one might be for you. 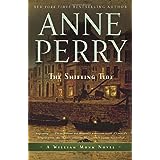 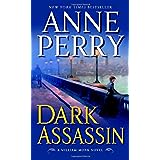 The Shifting Tide and Dark Assassin – After last year’s reading list sucked up so much time, I’m trying to catch up with some of my favorite series. Ok, that’s not an excuse. For me to be four books behind on this series means I fell behind some time ago. Sad since I just love Monk. One of my favorite series ever. So I’m catching up with him and Hester and the new friends they’re making down on the Thames. 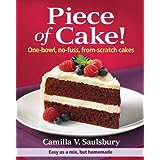 Piece of Cake!: One-Bowl, No-Fuss, From-Scratch Cakes – Heard about this one on the radio and I have no idea why I decided to torture myself by checking it out. (I’m back to strict low-carbing for health and weight reasons.) There are some really interesting recipes in here and I have to admit, I was going to make one for my birthday while I was at my sister’s house. Best way to keep me from eating more than a tiny bit. But if you like baking, this is one worth a peek. 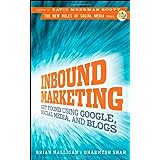 Inbound Marketing: Get Found Using Google, Social Media, and Blogs (New Rules Social Media Series) – Possibly a nice primer if you know nothing, but I really failed to find anything new in here. Not to mention that it feels very focused on big B-to-B type companies. What local baker needs to create white papers? And yet, inbound marketing can be just as important for them. Does it have to feel so different for small business and B-to-C ones. (I didn’t look, but $10 says they’re from Hubspot with its excessive white paper and lead generation and list building emphasis as opposed to customer experience.) 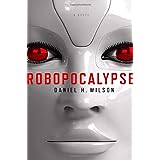 Robopocalypse: A Novel – I think I got this as a suggestion from Seth. All I know is it was in my wishlist at Amazon, which is where I tend to stick stuff I want to get to eventually. And my library conveniently had a Kindle version of it for me to borrow. It’s a near future sci-fi story in which computers and robots are ubiquitous in society. And unfortunately, that one scientist guy finally manages to succeed in creating artificial intelligence, which proceeds to bring about an apocalypse. (Of course.) The robots aren’t trying to destroy the world, just kill off all the humans in order to save the world from them. The book is told in via snippets of recorded history, making it almost like reading a series of chronological short stories. Interesting device that works really well in tying a lot of different people and places and concepts together. By about halfway through, we’re essentially following the same six people or groups who play a huge role in the human uprising and eventual victory. (Not a spoiler. You get that in the opening.) Enjoyed it quite a bit, although I have started to look at elevators a little suspiciously now.