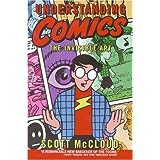 Understanding Comics: The Invisible Art– Totally weird because Seth references this book in the one of his I read below. I picked it up because of someone else’s recommendation and had finished it by the time I read Seth’s book. This is a fascinating read, treating comics as an academic subject and presented in (surprise!) comic book format. It would have been dry and boring otherwise, me thinks. You really could use this as a textbook in a course on the history of comics. For me, it was interesting but I find comics difficult to read because I whip through so quickly. It’s not a format that I absorb much of as I go through. I’d have to read every chapter 16 times before I could take a test on it. 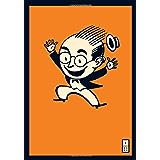 Poke the Box – This was the first book in the Domino Project and although I got the ebook for free when it first came out, I hadn’t gotten around to reading it yet. If you want to know what it was like to be in Seth’s program, read this book and imagine being poked like that for six hours a day, every day for several months. Then you’ll be kind of close. It rewoke the little bald man in my head and I really wish he’d shut up now. 🙂 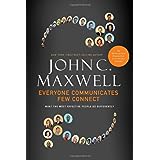 Everyone Communicates, Few Connect: What the Most Effective People Do Differently – This one got mentioned at an internal conference I went to at Thomas Nelson and finally bubbled up in my list. And I did little more than scan it. I like Maxwell, think his leadership books are great, but this particular topic wasn’t exactly what I expected. Nor what I feel I need at this point in my life. If you’d like to copy my scanning, there’s a section at the end of each chapter that recaps the chapter, like a mini-executive summary. You’ll get the gist if you just read those. 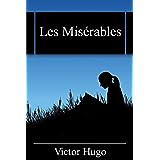 Les Misérables – OMG. I am so glad I had a free Kindle version of this book. I’m not sure I could have held it up to read it. Now, I love the musical, loved the movie and was expecting to get that story, just deeper. Deeper on that story, not deeper on philosophy discussions on the nature of liberty. Or a complete recap of the Battle of Waterloo. Or a history of the Paris sewers. Hugo is the ultimate rabbit chaser, providing us with more more detail and discussion on side topics than was warranted. (Not saying they weren’t interested; they just were rabbit trails to the core story.) I read in detail the priest’s story at the beginning only to discover he’s only tangentially involved in the book at all. Quickly learned how to identify when we were going to spend chapter after chapter on something unrelated and started skipping ahead. And it still took me forever to read this thing. Sigh. Sorry, Victor, but I will stick to the musical. (Which I heard in my head at certain points when the music lined up with the story. Cool.) 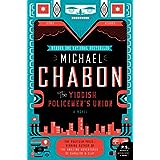 The Yiddish Policemen’s Union – Ah – now we’re picking things more my speed. Odd stories, odd places, odd plot twists. I liked this one. (And expected I would since I’ve liked Chabon in the past.) My only real complaint was the use of all the Yiddish words for things that left me puzzled until I straightened out the context. But once I started identifying that a Shomayr was a cell phone, I was good. This is the kind of story that’s not to everyone’s taste because it’s rather odd in ways, but I enjoyed it. 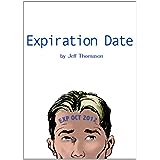 Expiration Date – Got this free for the Kindle at Amazon. It read more like a novella and I agree with the people in the comments that it was an interesting concept, but felt underdeveloped because it was so short. We just started getting somewhere when it ended. Who ends a story at the climax? Still, not a huge time commitment because it was so short. 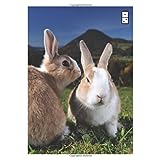 Zarrella’s Hierarchy of Contagiousness: The Science, Design, and Engineering of Contagious Ideas – Another Domino Project book. They sent this one to me for free, although didn’t explicitly ask me to review it. (I had already gotten the Kindle book for free, so the print copy was nice but unnecessary.) Short, short, short. And full of great facts and figures and charts and useful information. Like why you should send to your email list on the weekends. And when is the best time to get a tweet retweeted. And more. Felt like just a taste, but sometimes that’s all you can handle and act on at one time. Go back for seconds later. 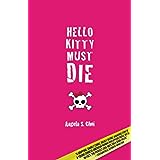 Hello Kitty Must Die – Another free find for the Kindle at Amazon. (It’s no longer free, though. Sorry.) And just look at that title. This is so very much a book I would pick up. And, right from the start, I wasn’t quite sure about it. I think the main character was just too unrelatable for me. Not because she’s Asian or a lawyer or lives with her parents. But because she’s a bit of a sociopath. And is friends with a definite sociopath. And admires serial killers of all kinds. I just didn’t know how to process this story. Weird in a way that left me cold rather than intrigued. 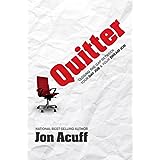 Quitter – Jon Acuff’s latest and I am finding myself sitting around puzzling about what this guy’s niche is eventually going to be. I half expect him to come out with a parenting book next. Still, this was a fun read, interesting peek into how his career moved from day job to dream job. It’s full of his personal stories (thus the complaints that it reads like a biography) but all in support of his ideas and encouragement for those who wish they could follow his path. (Not to Dave Ramsey. But to their dream job.) I actually took some notes and have been mulling some of the things that pricked me. Although, I’m actually living the goals I laid out when I started Seth’s program, something I just realized this last week. (Lame, Susan.) 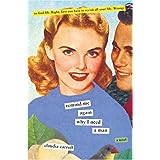 Remind Me Again Why I Need a Man: A Novel – Another Susan-type title and a cover that caught my eye at the library. In some ways, rather chick-lit, Bridget Jones kind of story, only set in Dublin. But really, didn’t wrap up anywhere like a chick-lit book would. She gets a happy for now and it is a rather satisfying ending even if she isn’t running off into the sunset with Mr. Darcy. Some great characters and I would read more about Amelia if another story with her shows up.