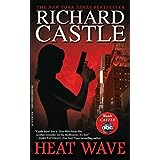 Heat Wave (Nikki Heat, Book 1) – We’re fans of the cop drama Castle thanks to my sister. It’s a buddy cop story with a twist in that she’s a detective and he’s actually a mystery/thriller writer shadowing her. The whole thing starts getting a wee bit confusing because Castle’s an author on the show and they’ve released his books in real life. Only it’s not really him. But it’s a real book. It’s not confusing really until you start trying to explain it.

Anywho. I had done up a page with all of the Richard Castle books on it over on a new service I’m trying out. And I decided I needed to actually read one of them before I started talking about them. So I read the first one and if you’re a fan of the show, you’ll like it. If you’ve never seen the show, you might be a wee bit confused and disappointed. The show characters reflect and mimic the show characters pretty closely, and that’s fine if you’re familiar with the show because the book is a wee bit lacking in character development outside of Nikki Heat. The crime they were investigating was driving me nuts because I could have sworn it was a case they did on the show, but I couldn’t find it for the life of me. However, looking ahead, the general arc they have Heat on is following the show a bit for sure. Recommended as a light summer read if you tend to like these types of books anyway. 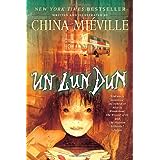 Un Lun Dun – China Mieville isn’t for everyone. But I don’t think anyone can deny he’s a danged good writer even when he’s being totally weird. Fortunately, this isn’t one of those times. He’s just being fantastical, and given this is book for kids, it’s totally believable. (I know, doesn’t make sense. But it’s true.) It seems there’s a parallel world out there, an “un” world where things are kind of opposite. So stuff we toss out makes its way to UnLunDun (or UnLA or UnNYC) where it has a new life. And life is exactly right as inanimate objects are alive there. From here, you can guess we get a somewhat Alice-down-the-rabbit-hole kind of story. (Why do people always refer to the looking glass when that’s the second story?) It’s a great story as our non-hero London girl fights evil in UnLunDun that has connections back to London and could devastate both worlds. Still a taste of the steampunk Mieville leans toward.

Julius Katz Mysteries – Found this on my Kindle, which probably means I got it for free at some point. It’s a collection of a few Julius Katz short stories. They’re meant to be somewhat hard-boiled noir. As I was reading, I was getting a cross of Mickey Hammer and the new modern version of Sherlock Holmes. They’re told from the perspective of Archie, the superpowered computer we all wish we had. (Think a bit like Jasper, Tony Stark’s computer in Iron Man.) Katz does use Archie to great advantage in solving cases, but when it comes down to it, it’s really the computer in Katz’s head that solves the case (much to Archie’s exasperation). The reveal at the end is a cross between Agatha Christie (everyone gathered together in a room) and Holmes (let me put together all the connections you missed). A nice way to pass some time. 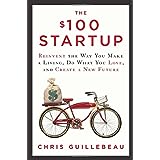 The $100 Startup: Reinvent the Way You Make a Living, Do What You Love, and Create a New Future – Full disclosure. I got this as a pre-release book because Chris is a friend of mine and he was trying to get the word out in advance. Which he did quite nicely without my help since I took forever to get this read. It’s full of stories to illustrate Chris’s basic premise – you can start a business without spending a lot of money. It’s something Chris has done with an internet information business, but there are plenty of examples in there of offline businesses to show that it can be done. And of course, the whole no debt thing is a big principle we adhere to at The Same Coin. Not to mention, I’m a big fan of the do something model. Read it, but don’t let the reading of the book be just one more excuse for why you haven’t started working on that idea you’ve had. 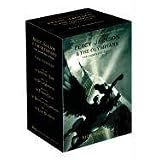 Percy Jackson and the Olympians – Linking to the entire series here since I read the last three books in a whirlwind this month. Once you get past the first book, the rest really pick up and I truly enjoyed this series. (So sad they screwed up the movie version so very royally. Perfect case study of how making changes in the story for no reason doesn’t make it better.) The last book was quite the nail-biter; I kept thinking we were at the final battle, but the book was just at 60%! Definitely a good read for the average 10-year-old boy. 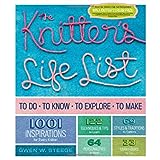 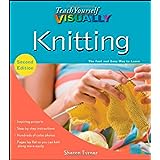 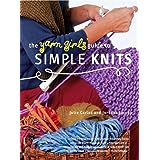 The Knitter’s Life List, Teach Yourself VISUALLY Knitting, The Yarn Girls’ Guide to Simple Knits – Yes, more knitting books. The first two are actually ones that would be nice reference ones to have. The life list book is beautiful and nicely organized with things to do, learn and make. Goes way beyond how to knit or just being about patterns. The visual knitting book was a lifesaver while I had it as I kept running across things I couldn’t figure out in a couple of patterns I had at the time. The last book, meh. I have a book by the Yarn Girls and it’s just not really that different. And the patterns weren’t that inspiring.