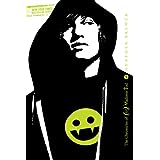 Twelfth Grade Kills – Last book in this series … I think. A good and dramatic finish to this series, although the ending seemed to leave openings for more books. The story came to a good conclusion, although there were so many twists through it that I was starting to need Dramamine. Some of that was my own fault, jumping ahead of the story trying to pin down where the plot was going. Gotta stop that. But seriously, great series and well worth reading. Need to start poking around for a possible movie out of these.

The Third Circle, Second Sight – Two more from my mom’s collection. Was reading them on spring break because it was traveling time and thus Kindle reading time. Good for beach reading, but that’s about all I can say for them. I think I read the three or so books in this series backwards. One challenge on the Kindle is figuring that out easily enough. Lots of action, just kind of tough getting past the metaphysical nonsense. 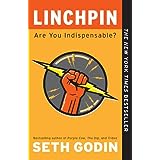 Linchpin – Yeah, yeah. I finally got this one done. Only almost two years after I read the first draft of it. Much of it was the same as when I first read it, but much was different. It’s better organized, for one. (That was one of my suggestions, btw.) It’s one of those books that’s best read section by section and mulled over as you go. It’s a hugely important book, lifechanging. You need to read it. But only if you’re willing to do something with it.

*Frankenstein – Ok, I tried reading this before. Dropped it. But, it’s on the reading challenge list so I felt like I had to read it, finish it. And it was no better this time. In fact, it’s in the running with Bridges of Madison County as the worst book I’ve ever read. Seriously, why is this a classic? Ugh, ugh and double ugh again.

The Immortals – Way bigger than any of the other books in this series. I was stunned when I picked it up at the library. But it needed to be to wrap up the three threads of the previous nine books. And it was a satisfactory wrap up, although we did have an entirely new character introduced. A great new character, mind you. But there were a few things at the end that started getting a little hinky to me but overall, a good finish to this series. (Although … the final map at the end of the book left some room for a new direction for them to take with the world. Which left me wondering … .)