Carpe Demon: Adventures of a Demon-Hunting Soccer Mom, California Demon, Demons are Forever, DeJa Demon – Whipped through the four available books in the series and now waiting eagerly for the next one in the series to come out in October. Think Buffy the Vampire Slayer all grown up and living in the suburbs. Plenty of humorous lines, personal drama and angst. Some of the plot lines are a little too obvious (I mean, there’s setting something up for later and then there’s shining a spotlight on it so it’s uber obvious.) but all in all, fun reads if you’re into beating up evil.

Mirror Mirror: A Novel – Part of Gregory Maquire’s fairy tale books. Not nearly as perverse or graphic as Wicked, and not really as good either. The man can turn a phrase like nobody’s business, but this story of Snow White just seemed a little contrived, like he was trying too hard to put in a true historical context with the Borgia and not developing a great story. I left Wicked ready to debate the nature of good and evil; left this one feeling he had left great philosophical subtexts behind.

Reefer Madness: Sex, Drugs, and Cheap Labor in the American Black Market – Story of the underground economy in the U.S., specifically marijuana, migrant workers and porn. Basic point is about what happens because we keep these things as part of the underground economy – people serving life without parole for minor drug offenses, workers being taken advantage of, obscenity cases that waste government resources. Left me angry and frustrated. No one (other than Larry Flynt) wants to run for office on a platform of personal freedom that includes legalizing pot and letting me do what I want in my own home. Boo. Biggest complaint is that the book is a few years old and can already do with some serious updating of numbers and laws and stories.

Diary of a Wimpy Kid: Rodrick Rules – Just wanted to check out this series so picked up book two. Novel in its format, but the story was just OK. Would steer a kid toward better things, but not necessarily discourage this one. 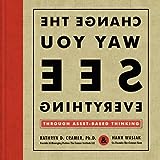 Change the Way You See Everything through Asset-Based Thinking – Ran across this one at the bookstore while I was looking for some GTD info. Fell in love with the cover and the layout (great example of how to do a beautiful e-book.) Full of stickies at the moment from my first read through. Had to buy my own copy so I could spend more time with it and truly absorb it. Full of exactly the kind of shift my thinking has been making over the past six months. (And that I’m eager to hold on to rather than shift back to old patterns.) Likely much more on this one at a later date. 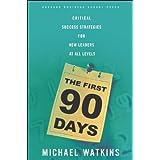 The First 90 Days: Critical Success Strategies for New Leaders at All Levels – Recommended to me by Michael Bungay Stanier, a coach and trainer, as I was starting a new job. Pulled out more info than I had time to process before starting and I need to get on that info. Definitely worth a scan through if you’re making a change to a new company or want to make the most of a promotion opportunity. Won’t be precise to your situation so you need to be able to extrapolate for your needs. You can do it.

The Supernaturalist – “New” (to me) from Eoin Colfer, the Artemis Fowl dude. Enjoyed it, although wanted more about the world he created with the satellite city. (Forget the people! I wanted to hear about the sociology and technology. Sad.) Potential for scaring a sensitive child or giving others a new imaginary friend, but pretty cool overall for a pre-teen kid.