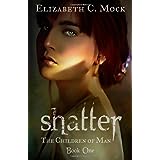 Shatter: The Children of Man: Book One – Dang. Can I like a book and yet be completely annoyed with it at the same time? She created this cool world, developed really engaging characters, but then proceeded to leave me completely in the dark about the world and the rules and so forth. You can’t do that in fantasy and science fiction! So it’s not until way, way, way later in the book that the colors of magic get explained and I never got a really good picture of the land or the political setup. It was like she was afraid to bore us with details and neglected to provide enough of them. (That said, I find character development and dialogue to be the hard parts of writing fiction and she has those down cold.) 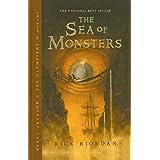 The Sea of Monsters (Percy Jackson & the Olympians) – My nephew loves this series. I mean loves. Went upstairs and dragged the entire thing down and proceeded to tell me all about every single book. That said, he agreed with me that the first book was only so-so, but assured me they got better. A lot better. And he was right. Really liked this story, which takes Percy on a quest to fight a Minotaur and get the golden fleece. Again, helps if you have some concept of mythology, but no more confusing that reading any other fantasy. 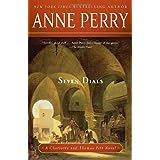 Seven Dials: A Charlotte and Thomas Pitt Novel (Charlotte & Thomas Pitt Novels) – Could not shake the feeling that I had read this one already. And yet, never really confirmed it as I went on. (Did a search and if I did, I never did a review.) Does this mean Perry is starting to repeat herself? Hmm. Also think I got this one and the last one out of order, but no bother there. Still trying to catch up with these. 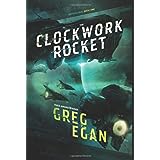 The Clockwork Rocket (Orthogonal) – Ugh. If you’re going to drop me into a strange world, at least have the courtesy to help me understand it and what is going on. Read from the beginning like I should have already had some basis of understanding of the world. Oh, and then there’s the math. Like he’s trying to trick us into learning something. I gave up. Just couldn’t get into it and when you start skimming over 10 pages of math equations and charts, it’s not the book for you. (I could swear I’ve read something by him before and liked it, but maybe not.) Oh, and the dust jacket is either telling the book wrong or Egan has decided to do relativity backwards. My head hurts. 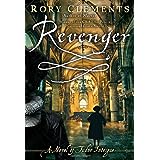 Revenger: A Novel of Tudor Intrigue – Picked this one up on the new book shelf at the library (which is what sent me back to the first one). And I liked it but I think I’m already tired of this series. Sad. It’s five years after the first book, John’s brother Will Shakespeare makes a few more appearances and we’re into the attempt by the Earl of Essex to take the throne. Or at least be set up as the one to be put there when Elizabeth dies. John is pulled back into the world of intelligence and spying, this time working with Robert Cecil. 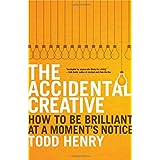 The Accidental Creative: How to Be Brilliant at a Moment’s Notice – I wonder if I’m losing my patience for non-fiction. Or if it was just that this book isn’t really for me. He’s making the case that every job requires some creativity and that every person can be creative. Creative isn’t just about artsy stuff. And I buy both his premises. Thus not needing to read the rest of the book since I’m already convinced. Right? 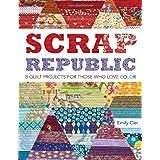 Scrap Republic: 8 Quilt Projects for Those Who Love Color – Including this here more to remind me of it later. She has some interesting ideas here for working with colors in scraps, but it’s no more than just working with the light spectrum, so not sure you need a book for that. Unless you just can’t see in color? In your mind, I mean. Some people need to have things laid out for them before they can make it happen. 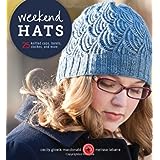 Weekend Hats: 25 Knitted Caps, Berets, Cloches, and More – Again, another reminder for myself. There are some really cute hats in here, but I ended up just returning the book because (of course) every single one requires circular needles, which I haven’t invested in as yet. Beginning to think I might have to if I intend to make anything more interesting than a scarf. 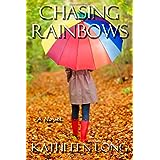 Chasing Rainbows – Wrong story to be reading if you have loss in your life. But a good story. That make sense? The book opens with Bernadette Murphy dealing with her father’s unexpected death, which leads to her quitting her job. As the story goes along, we learn she’s also dealing with her husband leaving, which stems from the loss of their daughter when she was just five days old. A lot of loss in this woman’s life. And the story is sort of the year of her life in which she works through all of these things and starts to live life again rather than just walking through it. A few holes in the story, but generally a nice read. Except for the part where it left me bummed because of my own losses.

Drippy the Peg Legged Rainbow, A Story for Demented Children – So a Susan title. And it’s really just a short story/fable kind of thing so no big time commitment to check out to see just what demented children are reading these days. Oh, and free for the Kindle, so no commitment there either. I’m not sure just what definition of demented the author is reading, but I kind of thought the whole thing was lame. Maybe the emo bunny one would be more interesting. Or I just don’t like short fables. And just so you know, only about half of this was the story. The second “half” of the Kindle book is the guy’s bio and all about all the books he’s ever written. Interesting marketing ploy and I wonder if it works for him.