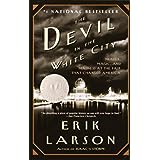 * The Devil in the White City: Murder, Magic, and Madness at the Fair that Changed America – I actually think I had checked this book out before and then never got to it. The cover looks really familiar. And people have just raved about it, but I have to admit … I’m not entirely sure why. There are two different stories going on here – one about the World’s Fair in Chicago and one about a serial killer who was just down the street. And that just down the street part is the only thing tying these stories together at all. By themselves, each could have been a good story, but put together, it just seemed random. Like he didn’t think he had enough for a book on either of them and this would make it work.

The writing is passable enough. Rather than fictionalize it, he tells the story in prose and uses actual historical documents for the “dialogue” parts. Which tends to be more dry as a story-telling style. I thought it was going to be straight historical fiction, but that’s not it at all. The history can be fascinating – a great invention shared at the fair? The vertical file! – but not presented in a fascinating fashion. 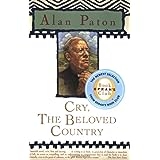 * Cry, The Beloved Country – Wow. I’ve heard of this one before, but I’m not sure I really knew what it was or what it was about or what would be involved. Like the edition of 1984 I read, there’s extra academic material at the beginning that was helpful in laying the groundwork. The structure and style of the writing takes a little getting used to but the story is so worth it. The writing is very literary and quite beautiful, the story a peek into a life Americans only ever heard about. Most of the time when a book gets a lot of literary props, it’s difficult to read and inaccessible to most of us. Not this time. Very worth the read. 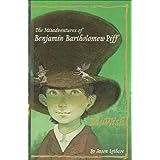 The Misadventures of Benjamin Bartholomew Piff: You Wish – I had this author’s name on my list of young adult/children’s authors to check out. I’m not entirely certain this was the book of his I was planning to read, but it was what the library had, so that’s where we started. (Hooray for having book one in a series for once.) This was a nice, whimsical story. A plot and characters that will be pretty familiar to most grown-ups, but a nice choice for a kid that hasn’t devoured tons of books as yet. But I don’t think I shall read more in this particular set. Too many other things to pursue. 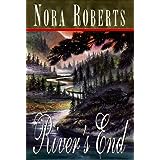 * River’s End – This was totally not what I was expecting. The only other Nora Roberts I can remember reading are those wedding planner romances I got from my mom. So I thought I was in for a romance. And there is one at the core – with the attendant ridiculous love at first sight, visceral reaction mumbo-jumbo – but the story built around that is totally thriller. The kind where you are absolutely never given the key pieces of info that let you figure it out in an effort to make the reveal extra surprising. (Me, I sit there eliminating people because I’m still trying to figure it out even without the info.) It’s a really enjoyable piece of fiction, a nice way to pass the time on the beach for sure. And while others might poo-poo Roberts because of the type of fiction she writes, she really does it well. 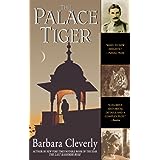 The Palace Tiger – It’s been a while since I picked up this series. And … I think I might have read this one already. Just a nagging sense the entire time I was reading, although I never could confirm it. Huh. I really like these books, but they obviously don’t have much staying power! Still, enjoyed it. Again. I think. Joe Sandilands is definitely a character I could come to love and the setting in India was part of what attracted me to him at the start because it’s not that common.