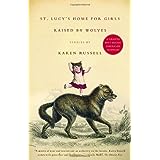 * St. Lucy’s Home for Girls Raised by Wolves – Love, love, love that title, which is why I picked it for a challenge read this year. And … not what I expected. It’s short stories, which are fine, just generally unsatisfying because they offer such a brief glimpse. And require more work. Kind of like reading poetry. Just not for me. And these stories were even tougher because she kept stopping them before the story was done, like the major action/conflict was just about to happen but she didn’t go there. If you kept your eyes open, you’d see some connections between a few of the stories – characters and settings repeated – but generally just a mish-mash of stories. The home for girls made for interesting commentary on polite society but everything was just lacking due to my expectations based on the title. I like weird and wacky, not artsy fartsy weird. Sigh. 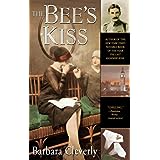 Bee’s Kiss – Back to Joe Sandilands and danged if I didn’t feel like I had read this one too. Sheesh. Joe’s back to England, which kind of takes the interest out of the series for me because just how many early police mysteries set in London can you read? And Bruce Alexander and Anne Perry do it far better, in my book.

Still, not a bad story overall. Marginally more than a cozy and Joe really is a great character. And the series is set during the period between World War I and World War II, for a change of pace. But I think I’m shall stop treading old ground now. 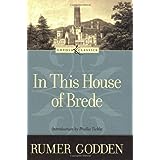 * In This House of Brede – From the challenge list and when I picked up the musty old book at the library, I wasn’t so sure about it. And it turned out to be a pleasant story. Pleasant. Not always a good word. The story is about a convent and the various nuns there with the main character being an older woman who decides to take vows in stark contrast to the young women who normally come into the convent. The story itself was like riding on the kiddie roller coaster, however. Pleasant. There wasn’t a lot of conflict or challenge or contrast to make it a great story; more just a slice of life with its normal ups and downs. If she had stuck to just Phillipa and let us into her head more, we might have been sucked into the story a bit more and gotten emotionally attached. Just wasn’t the case. 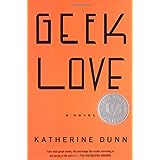 * Geek Love – Totally, totally, totally not what I expected. I was thinking geek as in geeks like me. But no. We were going for definition three – a carnival performer who performs sensationally morbid or disgusting acts, as biting off the head of a live chicken. Which isn’t even quite exactly the definition the author is going for, although there is a geek in the carnival. (Ugh, BTW.) She’s looking at geeks in the sense of freaks and geeks. It’s a family of carnival types in the sense of the two-headed cow and bearded lady, created by the mom and dad in a series of experiments. The story is told through the eyes of the third child – an albino dwarf with a golden voice who was almost not weird enough for them to keep. Yeah, this is one strange family. And strange love as a result. Reasonably developed characters, intriguingly weird plot, complicated but understandable emotions. It’s not for everyone, but I can definitely recommend it if you like slightly off-kilter. 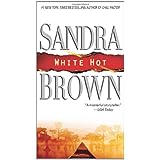 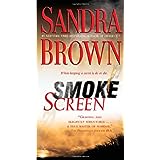 White Hot and Smoke Screen – Two more thrillers from Sandra Brown I got from my mom. Some of the reviews lament the formulaic plot, but it’s her formula. After you do it a billion times, yes it’s formula. Woman gets in trouble, man swoops in to help save her, romance begins. Wait, that was Smoke Screen. White Hot actually had a slightly different plot, although it still follows a formula of sorts. They make for a nice break from the more serious stuff I read and I can just whip right through them. I find myself turning to these kinds of books when I travel. Don’t know why. 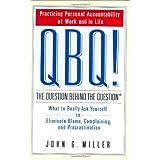 QBQ! The Question Behind the Question – My sister got this book during her counselor training at Dave Ramsey’s place in Nashville. It’s one of the books he has people read when they first join the company. And I can see why. I read it in an hour during our ride back to Dallas (thank goodness for meclizine!) and I’m going to get my own copy so I can read it again. In fact, if you’ve read Linchpin and/or are a linchpin, you’ll totally get this book because it’s the fundamental piece that makes you one. Perfect paired set of books. Everything starts with asking the right question; in this book, it’s the how and what ones. As in, how can I make a difference? What can I do to make this better? It’s the other questions – when is someone going to fix this? – that always drive me nuts, but I do find myself caught in that cycle at times. It’s short, self-empowering and well worth a read. 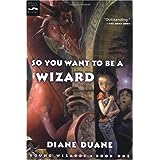 So You Want to Be a Wizard – I put a lot of books on my “to read” list and no clue how this one got on there. I’m sure someone recommended it as an “if you liked Harry Potter” suggestion. I was reading while I had family around and my nephew asked if he would like it. Meh was my answer. I did finish it, but I’m not sure why. There’s magic and great potential here (apparently as there are seven books in the series) but just such big holes in the story that I couldn’t get past. Like, the kid finds a book, reads it and can suddenly start doing all these big spells? There’s no training period? They automatically in one reading remember spells and words and can just whip them out at a moment’s notice? (OK, Hermione could but these kids weren’t Hermione.) There’s some interesting stuff and maybe a kid wouldn’t notice the things that bugged me, but it’s not going on my recommended list. 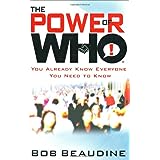 The Power of Who: You Already Know Everyone You Need to Know – You can see from the title why I picked this one up. I’m not adverse to new friends, but I hate shallow networking events and would love to be shown how I can get where I want to go without having to go to those. Ugh. Here’s his philosophy – you need friends. Real friends, close friends, the kind of friend who will do you a favor at the drop of a hat. Not many, but you need them. You need less close friends, but mostly, you could be working with friends of friends. It just takes one friend to make a request go viral and get to the right person. He works with a 100-40 philosophy – 100 people, 40 companies. He’s focused on job searches given that he’s an executive recruiter, but I can see how this would work for business. (Which is on my mind since my sister and I are starting a company.) Short book, good for poking assumptions and changing your thought direction. 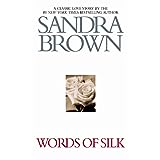 Words of Silk – Putting this here just to admit to reading it. From my mom’s collection (that seems to be my excuse for even having these books) and it’s supposed to be a romance. Not sure whose definition of romance since the story just moves from one sexcapade to the next really. Written in the 80s and it shows (she’s wearing a blouse with a tie even). Laney’s emotional issues are legitimate and worth a story, but Mr. Perfect swooping in and fixing everything with ease was just a bit much. Plays on the ludicrous idea that a one-night stand in which he learns nothing but her name was enough for him to pursue her to the ends of the earth because he wanted to spend the rest of his life with her. Geez. Quick read, but time could have been spent on something better. Should have been rewritten, not just re-issued. She’s gotten much better than this with time.