What does the choice of Biden do for Sarah Palin’s chances? 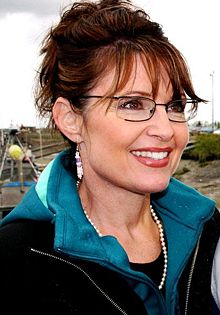 Thank you, Joe Biden!! Or maybe Obama. Either way, the selection of the Delaware senator as the Democratic VP has caused a firestorm of interest in Sarah Palin again and traffic to my Squidoo lens is going crazy now. (Which means it’s time for some updates!)

Actually, the traffic is pretty indicative of what’s going on on the web right now in general. Lots of blog posts talking about Palin, some of them more seriously than ever before now that Biden has been officially named and the Republicans have an actual target to shoot at. (See here, here or here for a few from today alone.) She’s already on the schedule to speak the same day as keynoter Rudy Guilani, which may or may not mean anything. It could just be the GOP getting as much mileage out of her popularity as possible and showing that they have women too.

Personally, I think it would be awesome to see her on the ticket just because I’d love to have her set up to run for president in 2012. A small part of me thrills to think of a woman in the highest office. (Not that I’ll be voting for her. I’m a libertarian. Which means I eat liberty. I just find politics kind of fun. Sometimes.) But I’m still on the fence as to whether I think she’d be McCain’s best choice. But given his (limited) selection, he could do a whole lot worse.

So what do we think? Does she have enough overall experience to keep McCain from looking a smidge hypocritical on his slams of Obama? Would she help bring in any Hillary supporters given that her stance on just about everything is the opposite of Clinton’s? (Leave comments here or head over to the Sarah Palin lens to vote in the polls there.)